Economists and the Media 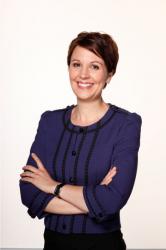 Economists and the media

Economists are highly sought after by the media for their views on topical issues, which in recent years have included a possible global trade war, Brexit, state and federal budgets, and energy policy, among others. In this seminar, we will hear from a former ABC finance reporter Rebecca Archer on what economists should look out for in engaging with the media. We will also hear from Griffith’s Professor Fabrizio Carmignani on how to successfully engage with the media as an economist, particularly how to communicate economic concepts to a general audience. The event will be chaired by ESA Qld Vice President Gene Tunny.

Rebecca and Fabrizio will speak for 10-15 minutes each, followed by Q&A and general discussion.

12:30pm Presentations by Rebecca and Fabrizio

1:25pm Vote of thanks and upcoming events

Rebecca Archer is the Director of Connect Media Training. Her role as an accredited media trainer is supported by 18 years working as a broadcast and digital journalist, producer and presenter. Starting out in Brisbane, Rebecca reported for the ABC’s Online, Radio and Television newsrooms, before honing her live-to-air broadcast skills as a news anchor and producer at ABC NewsRadio. Moving to the UK in 2004, Rebecca reported for BBC World Television News and Sky News in London. On returning to Australia, Rebecca took up a role at SBS World News in Sydney, before moving into a senior journalist position in the ABC’s Business and Finance bureau in 2007. She reported on the events leading up to the Global Financial Crisis and when the full impact of the turmoil began to unfold, Rebecca was instrumental in directing the network’s coverage. When the ABC’s continuous news television network launched in 2011, Rebecca headed up the business and finance coverage – writing, editing and presenting the finance bulletins.

Fabrizio Carmignani is Dean (Academic) and Professor of Economics in the Griffith Business School. His research is in the broad field of applied macroeconomics and applied econometrics. His recent publications are in the areas of conflict economics, tourism economics, policy modeling, spatial econometrics, and the economics of natural resources. He is also a regular contributor to various media outlets, where he writes and speaks about fiscal and monetary policy issues in Australia and overseas. Between 2002 and 2009 he worked for the United Nations in various roles, including the position of First Economist in the Trade, Finance and Economic Development Division of the UN Economic Commission for Africa. Fabrizio holds a PhD from the University of Glasgow and a Research Doctorate from the Universita' Cattolica in Milano.