Australia and the OECD: Key Priorities in a digitalised world 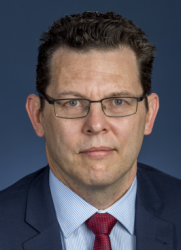 Many of the issues affecting Australia’s long-term welfare require a strong international framework. The current framework for trade and taxation is being challenged in an increasingly digitalised world facing renewed trade tensions.

In an event jointly organised by the Economic Society Qld and the School of Economics and Finance at QUT, Australia’s Ambassador to the OECD, Dr Alex Robson, will discuss the Government’s efforts to advance Australia’s interests at the OECD in response to these challenges, with a special focus on multinational taxation and the digital economy.

Dr Alex Robson is Ambassador and Permanent Representative of Australia to the OECD. Immediately prior to his appointment the OECD, Dr Robson held the position of Managing Director at FTI Consulting. Prior to this, he was Chief Economist and Senior Economic Adviser in the Prime Minister’s Office; Director, Economic Policy Analysis Program, Griffith University (2011-2015); Director, Deloitte Access Economics (2009-2011); Senior Economic Adviser, Office of the Leader of the Opposition (2008-2009); Lecturer in Economics, Australian National University (2001-2007); and Graduate Economist, Treasury (1994-1995).