'It’s important not to overreact’: Australia’s top economists on how to fix high inflation 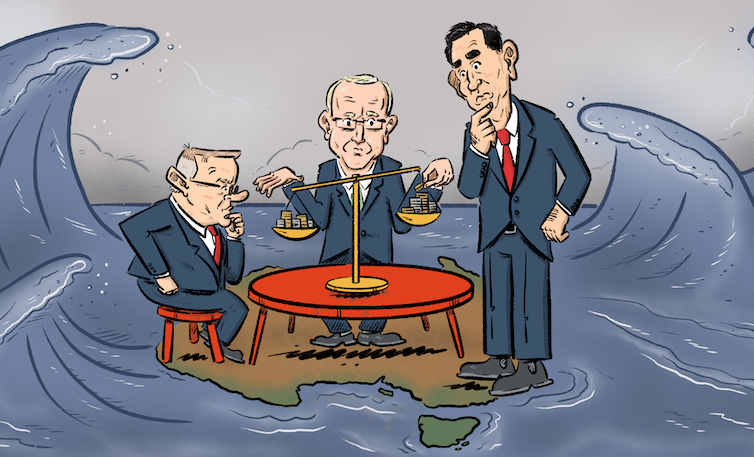 Australia’s top economists are divided about how to tackle ballooning inflation of 6.1% that’s forecast to climb to a three-decade high of 7.75% by the end of the year.

Three of the 48 leading economists surveyed by the Economic Society of Australia and The Conversation say Australia should be able to tolerate an inflation rate of 8% or higher.

Seven expect inflation to fall back to an acceptable level without the need for any further action other than Reserve Bank adjustments to interest rates.

That view was lent weight by news from the United States last week that annual inflation slid from 9.1% to 8.5% in July, after inflation of zero over the month.

Asked how high an inflation rate Australia should be prepared to tolerate, most nominated a rate at the top of or above the Reserve Bank’s 2-3% target band.

Twelve nominated a rate well above the target band.

Ten said the step-up in inflation was primarily caused by events overseas not within Australia’s power to control.

The economists polled are recognised as leaders in their fields, including economic modelling and public policy. Among them are former Reserve Bank, Treasury and OECD officials, and a former member of the Reserve Bank board.

Beyond rate rises, what could be done?

The most popular measure, backed by 37% of those surveyed, was winding back government spending. Almost as popular, backed by 33%, was a super-profits tax on fossil fuel producers, with the proceeds used to reduce cost of services.

Another tax measure – increased income taxes with the proceeds used to reduce cost of services – was backed by 17%. Two of those surveyed wanted to abandon the legislated Stage 3 tax cuts for higher earners due to take effect in 2024.

But several of those who advocated winding back government spending or boosting tax did so without enthusiasm, believing that while the government should be prepared to assist the Reserve Bank in suppressing consumer demand, suppressing demand wouldn’t tackle the main reasons prices were climbing.

The risks of doing too much

The Australian National University’s Robert Breunig said much of the inflationary pressure had come from things such as oil prices that were beyond the power of Australians to influence, making it “important not to overreact”.

Melbourne University banking specialist Kevin Davis said what appeared to be high inflation might actually mainly be a series of short-term supply-induced price rises, making it hard to see how choking demand could do much good.

Australia’s current ultra-low unemployment rate was an achievement that should be celebrated, rather than put at risk without a good reason.

If high inflation did stay for a while and spread to wages, a welcome side effect would be more affordable housing.

Consulting economist Rana Roy disagreed, saying the fact that high inflation wasn’t primarily caused by excess demand was no reason not to treat it by containing demand. Whatever the cause, containing demand would contain inflation.

Mala Raghavan from the University of Tasmania and Leonora Risse from RMIT University suggested winding back or delaying spending in two areas where it was clear the government was contributing to domestically-driven higher prices: subsidies for, and spending on, construction and infrastructure.

The most popular ideas for boosting the supply of goods and services to take pressure off inflation were reserving a portion of Australian gas and other commodities for domestic use, and boosting immigration, supported by 33% and 29% of the economists surveyed.

Reserving a portion of Australian east coast gas for use in Australia would help decouple Australia’s east coast gas prices from sky-high international prices as has happened in Western Australia, which reserves 15% of its gas for domestic use.

The most popular idea for directly restraining prices was increased subsidies for childcare, supported by 25% of the economists surveyed, several of whom suggested it could also boost the supply of workers who had previously been prevented from working by unaffordable childcare.

Other ideas that would directly restrain some prices included pushing for below-inflation wage rises in the Fair Work Commission and extending the six-month cut in fuel excise due to expire in September.

Former Reserve Bank board member Warwick McKibbin warned against pursuing low inflation for its own sake, saying when the economy was weak or in recession a high rate of inflation could be more easily justified than at other times.

He said the Reserve Bank should stop targeting inflation and instead target the rate of growth in national spending, an idea he will be putting to the independent review of its operations.

This article is republished from The Conversation under a Creative Commons license. Read the original article.